After watching Catching Fire at the cinema a couple of weeks ago I made some notes on the overall visual impression that the film gave me.

The beginning of the film focuses on district 12 as the location and straight away the audience is immersed into a cold, poverty-stricken world of mining in a dystopian world. Visually I noticed how dark it was. It was winter of course and the weather certainly reflected the state of mind of the characters and of the district itself. Without reading into the hows and whys of the decision-making between the Director, Production Designer and Director of Photography I can only assume, as an audience member that this is deliberate–a metaphor of character and situation, influenced by the original novel.  A visual representation of the old poorer world. 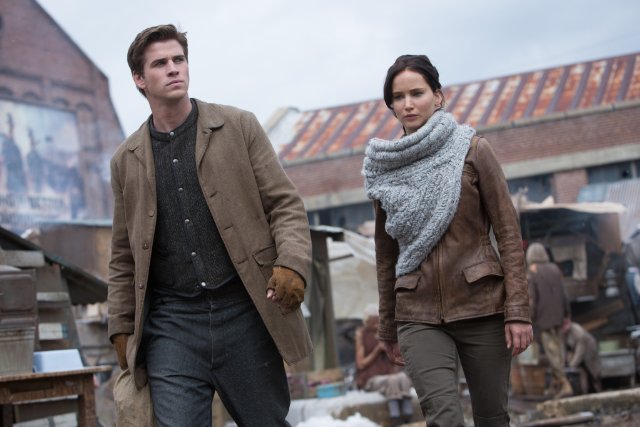 Still from Catching Fire from www.IMDb.com  picture courtesy of Lionsgate (2013)

Later on in the film, The Capitol shows the stark contrast. The Capitol is the governing city for all the districts of future America and  is shown as brightly coloured, modern, clean and almost surreal in its portrayal of the people who live there. A depiction of the new improved world that is more technologically advanced.

A screenshot from the film trailer of The Capitol from turntherightcorner.com  picture courtesy of Lionsgate (2013) 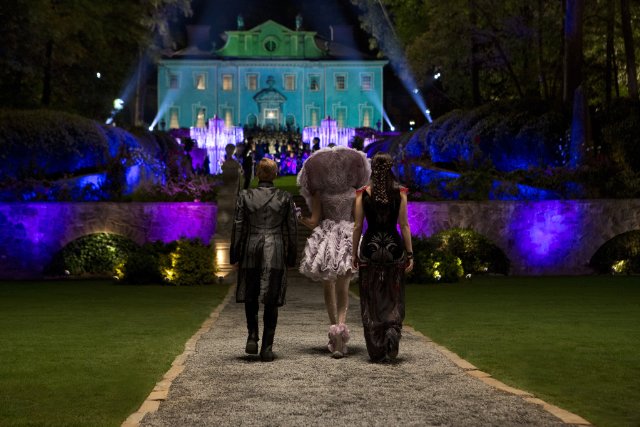 Scene from Catching Fire from www.IMDb.com  courtesy of Lionsgate (2013)

To the main character Katniss Everdeen it’s an alien world. Flamboyant and unnecessary given the poverty of her own district and others, but she is forced to conform; to save her family, her own life and that of her friends.

Dystopian film and fiction seems to exaggerate opposites. The ruling classes are often shown as rich, while the masses are poorer much like society of today only taken to extremes. Like survivors of post apocalyptic stories, the poorer dystopian communities are forced to return to a simpler way of life in regards to occupations, technology and the housing that is available to them.