Posted on April 3, 2016 by amandafullwoodma 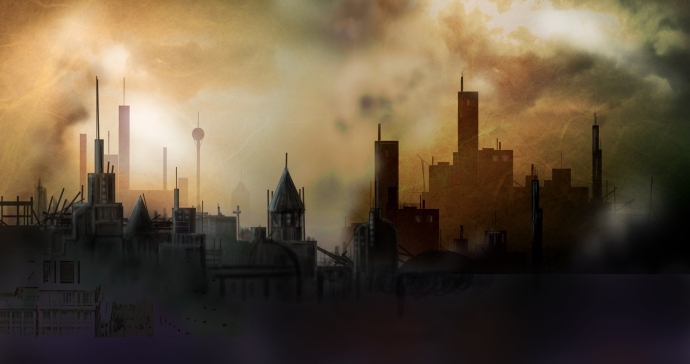 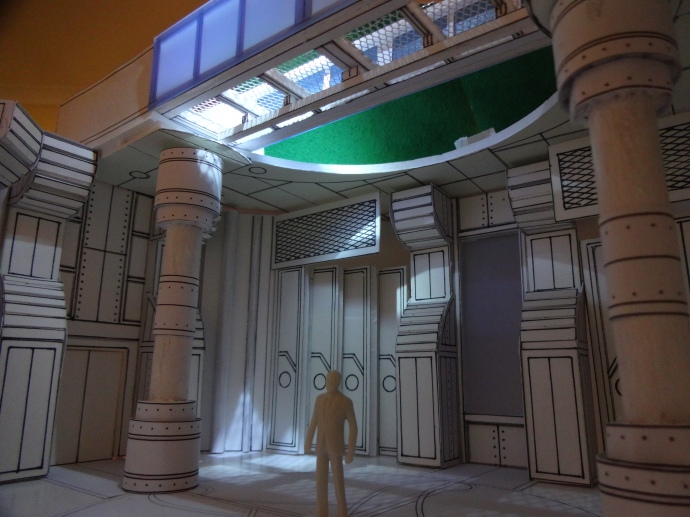 World building is something that I’ve been fascinated with for years. From game design to creative writing it is quite literally the building blocks of all fantasy and fictional worlds. Between my film and illustration projects I will be exploring the idea of world building as I see it, from research to concept; map design, characters, location and inspiration to name but a few. Although I am essentially an artist and set designer I have an interest in writing and all forms of narrative such as game design. There will be posts that focus on all types of world building as well as visual inspiration. 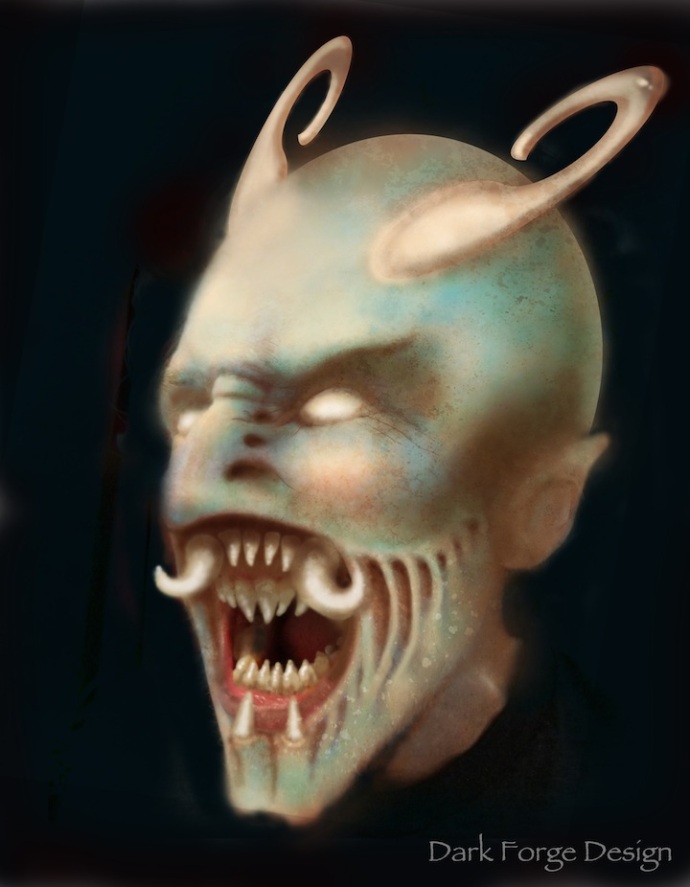 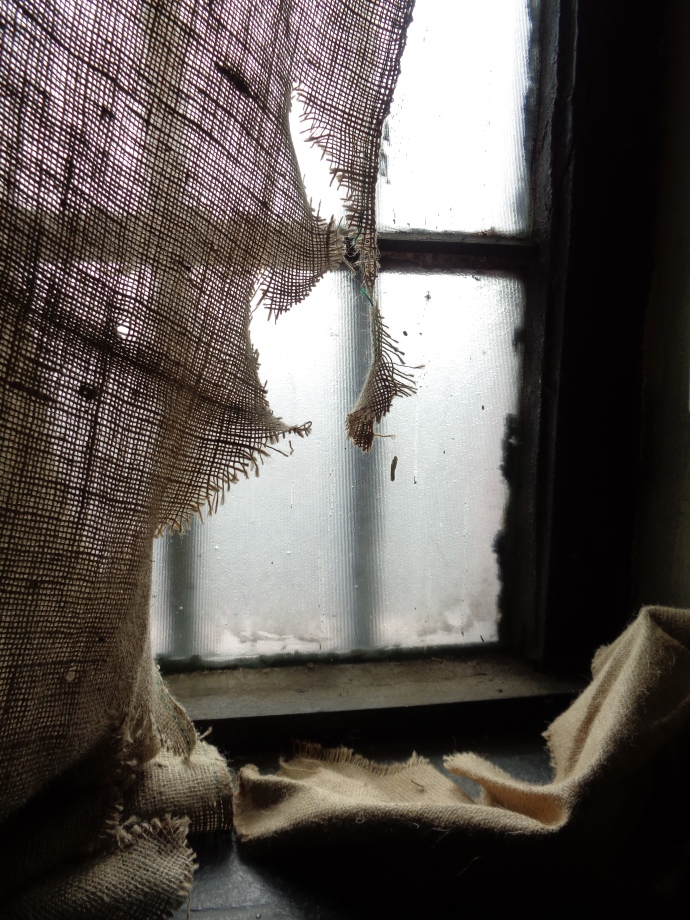 So whether you’re a concept artist, writer or budding production designer you should find something that suits all narrative research. It’s worth following the blog and also looking back over my MA work as there are many relevant entries about science fiction film and set design.

Posted on September 15, 2015 by amandafullwoodma

Just to let you know that I will be posting my new film and art projects here very soon. I’ve decided to combine my film design, visual art and other creative work together in one place as I am a cross-over artist and use many different forms of creativity to reach a brief or personal project.

This image is a little taster of some of the film locations that I have visited this year. 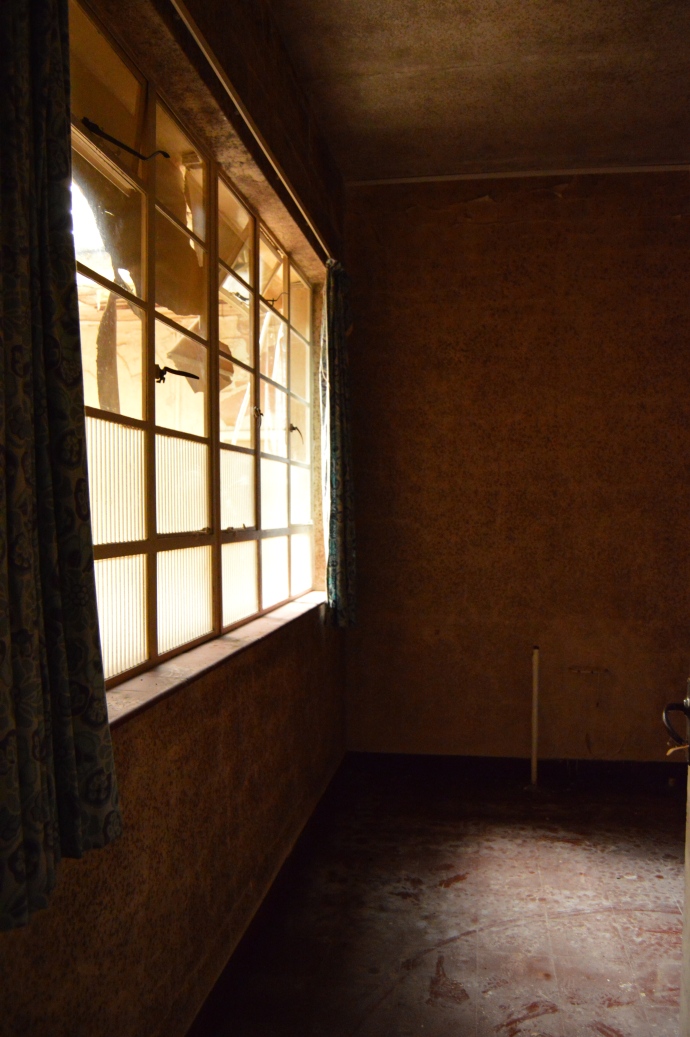 Posted on March 12, 2014 by amandafullwoodma

These are photos that are not specifically  locations but are more of a source of inspiration. I may use elements within my concepts, particularly when dealing with the underground. I also photographed some interesting industrial features that can be used in my designs of the city and the medical research centre. 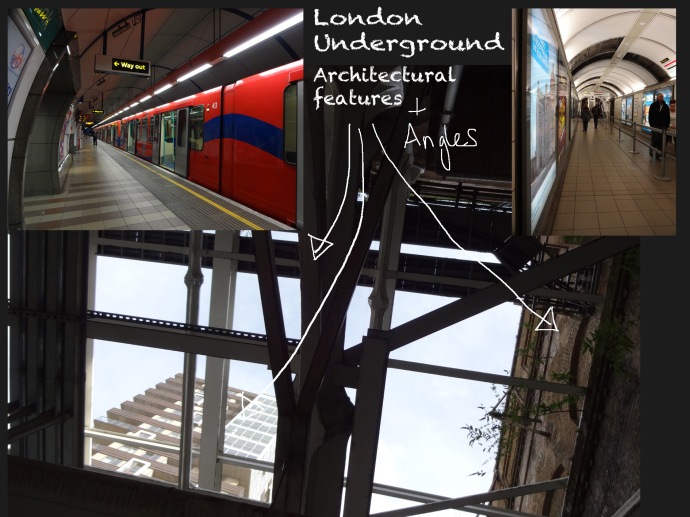 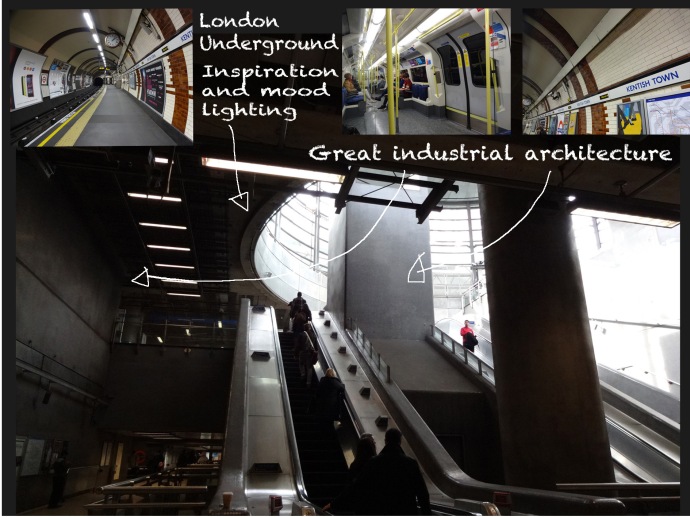 Below is a selection of images taken at Canada Water station. I thought these might be perfect for sections of the medical research centre, using the idea of walkways between places in the central reception area, corridors leading off etc. The pillar might add a sense of scale and I could use central pillars through all the levels down to the bedrock for the underground arena/torture chamber areas. 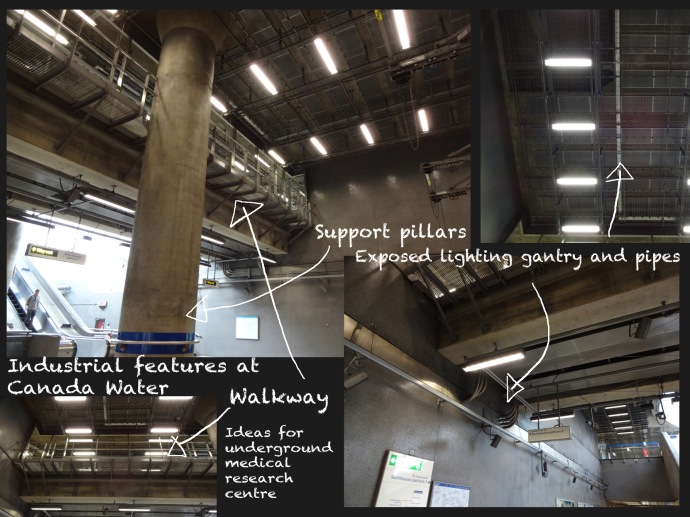 Posted on March 5, 2014 by amandafullwoodma

Another way of producing concept ideas particularly when dealing with actual locations is to paint over photos. This will probably be useful for when visualising set dressing rather than set build. It allows visualisation of a mood, alterations of lighting and might be useful for the designer who wants to guide design at the post production phase. I see that I will use this technique for some of my location choices around London that are not going to feature in my main model/design.  Once I get the hang of digital painting it should be fairly straight forward to produce concepts.

Again, these are just rough images showing what can be done. I will spend a lot more time on my chosen locations when I have my photos next week. 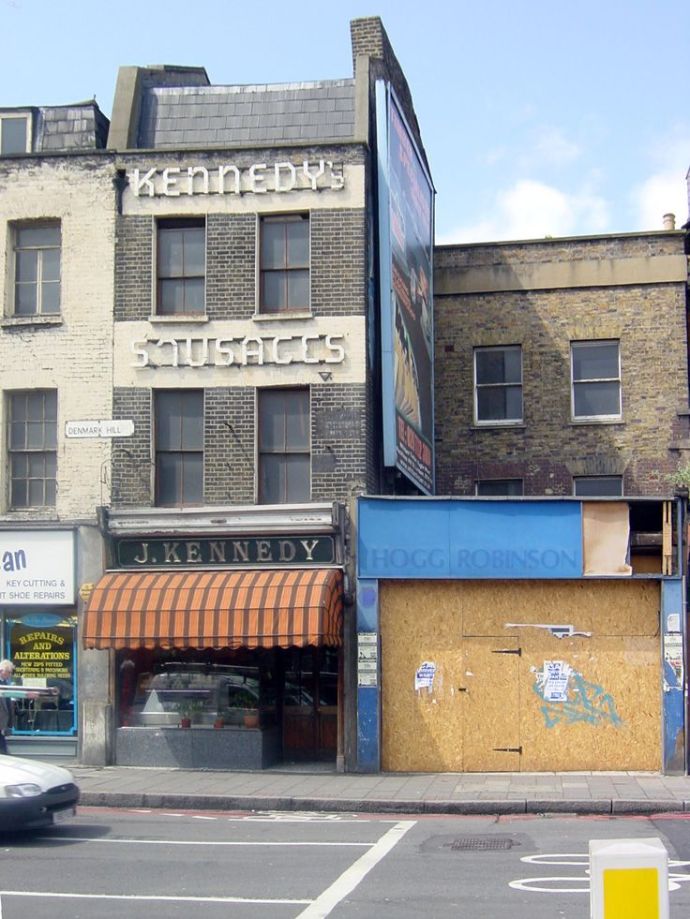 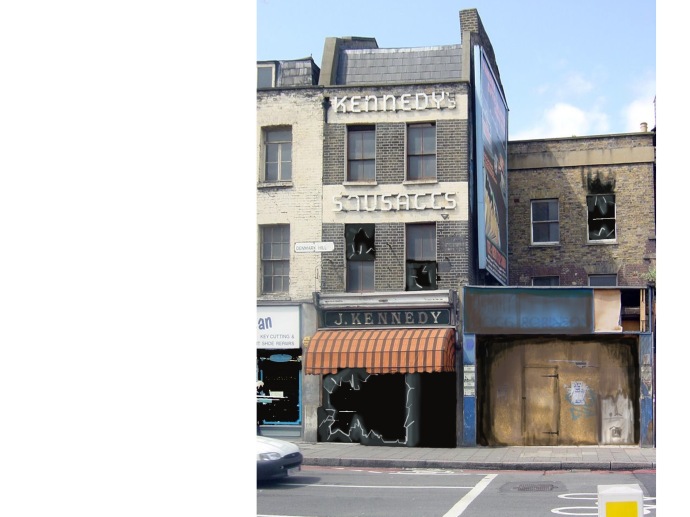 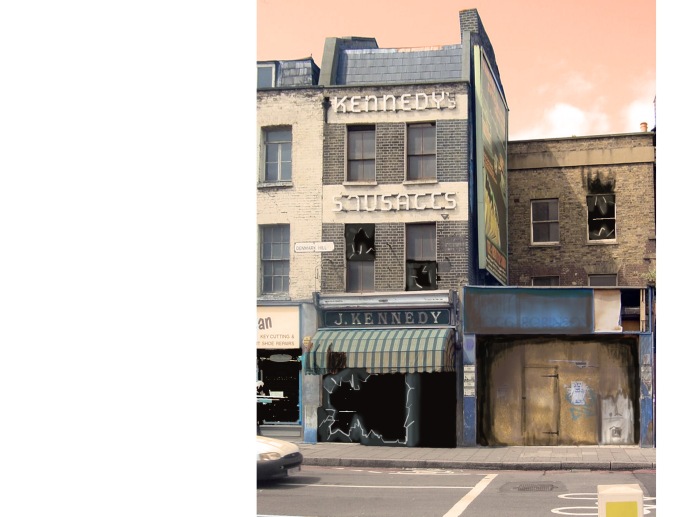 The bottom image is some digital painting with various filters to change sections of the buildings.

When  watching films and TV programmes I am always trying to guess which locations are real and which are built sets or have been altered with CGI.

Being fascinated with derelict buildings and looking at the photographs that I have recently documented I am turning my attentions to actual locations that have been used, albeit slightly altered to suit filming. From a production design point of view, it’s interesting to see how and what informs the decision-making for the Production Designer/Director and whether it is story or budget or both that influence these.

Here are a few actual locations used for post apocalyptic films/TV so far:-

Much of the filming was done in Pittsburgh and not in the studio as the budget was small and the story  called for multiple locations. Chris Kennedy talks about his location experiences to Rochelle Siemienowicz.

“AFI: And was it always going to be a location-based shoot? Was there ever any talk about doing it in a studio?

CK: Basically it was an independent film and always had a very small budget, so there wasn’t really the money to do it in a studio. Also it’s a journey story and needed a lot of different locations. So straight away that meant asking the question what kind of landscapes can we use? Straight off the bat, what country can we go to? Russia would be good – Chernobyl! Those kind of landscapes. Iceland was one idea. Even thought about Australia. But what about the gum trees? And blue sky? A lot of people just think, ‘oh post-apocalyptic, oh go to the desert.’ But of course the  book isn’t set in the desert. It’s set in North America. So I spent a fair bit of time online looking at places in America and found all kinds of places. Eight miles of abandoned freeway in Pennsylvania, a beach in Oregon, an abandoned amusement park. Started putting together a list of locations, the ideal plan. We had to do a certain amount of it in Pennsylvania due to tax incentives. So a lot of it in Pittsburgh rather than where we wanted to. We found pretty much what we needed. Abandoned coal piles. And Pittsburgh itself is pretty much an abandoned city. Back in the early 20th century  basically half the population left…so that all came together pretty well.”

The following images are taken from the film and are courtesy of Dimension Films. They are of locations in post Katrina New Orleans, Pennsylvania and Oregon.

The Road excerpt:
They stood on the rock jetty and looked out to the south. A gray salt spittle lagging and curling in the rock pool. Long curve of beach beyond. Gray as lava sand.

“One of the more compelling aspects of John Hillcoat’s 2009 adaptation of Cormac McCarthy’s novel The Road is the fact that the film’s post-apocalyptic landscapes are not computer generated but largely shot on real locations in the United States.”( Cited Chiarella 2009: 91).

The below statement is taken from the blog post  It’s All out There:-

“Production designer Chris Kennedy scouted a number of locations in post-Katrina New Orleans, including the devastated neighborhood pictured above. He also found Pennsylvania to be a treasure trove of desolate settings. “The state has depressed socioeconomic situations in suburbs like Braddock and Keysport and devastated mining areas with coal piles and fly-ash piles that looked like a blackened landscape,” Kennedy said in a statement.” (Landskiper.BlogSpot.co.uk, 2011)

For the most part The Road was all about location and America provided many opportunities for filming. Some CGI was used in the bleaching out of colour particularly when dealing with sunnier places such as New Orleans to create the desired effect. America and other large countries will provide many locations similar and it would be interesting to see if the same can be said for the smaller more heritage influenced UK.

Director Hillcoat discusses the film’s use of CGI when dealing with the New Orleans location above. Image courtesy of Dimension Films. Sourced from http://landskipper.blogspot.co.uk/2011/05/its-all-out-there.html

“This maritime wreckage was filmed in Louisiana by an Imax documentary crew two days after Hurricane Katrina devastated New Orleans and the surrounding area. “Cormac’s material felt so familiar, like we’ve already seen it,” Hillcoat said. “That’s why we went to the leftovers of Katrina. Then we used CGI to take out the bright blue sky and green grass.”